FunPlux Phoenix managed a run for the shortest match ever in China’s League of Legends scene. FPX’s first game against Suning (a middle-of-the-pack team) ended in a win and took all of 19 minutes and 45 seconds to secure.

Some plays from the first match

FPX’s mid-laner Doinb picked up the first MVP award for the match by counter-picking Pantheon from Suning with a Kled surprise pick. Doinb is well-known for his unconventional picks in the LPL and turning them into meta. The second MVP award went to FPX’s bot-laner Lin “Lwx” Wei-Xiang, who had an amazing game with Miss Fortune. In the end, he accrued 13 kills versus Suning’s entire squad only wrangling nine.

After wrangling Herald, FPX went berzerk on the first-tier tower in the middle lane. Suning attempted a team fight and, even though they outnumbered FPX, Doinb still managed to pick up a kill. This trend continued for the rest of the game. Suning fell behind and couldn’t catch up for the duration of the game. A one-sided teamfight ensued in Suning’s jungle, which then led FPX to finish the first game in under 20 minutes.

Suning had an early dive on the bottom lane during the second game. But FPX still managed to build a small lead and set the other lanes behind, while giving Doinb free range of the middle lane. An early fight ensued around the Dragon pit, in which FPX secured three kills for their ADC. This then resulted in a snowball effect on his lane against Suning’s Draven and Leona.

FPX built up its lead further by picking up four drakes and acquiring the Mountain Dragon Soul. They then forced a Baron fight, which then resulted in wiping the floor with Suning. The series was secured with a second win.

FunPlus Phoenix had a difficult start to the season. But since the LPL Spring Split resumed, they’ve been at the top of the charts. FPX sits at fourth place on the standings and will now play against Royal Never Give Up on Sunday, March 22nd.

Ryan is Editor-in-Chief of SlashShout and has been writing since long before he could even write. He's written resumes, software user guides, consumer electronic reviews, and myriad web content spanning a variety of industries. But now he's writing about video games, which is much more interesting.
View all posts 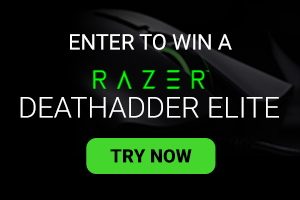 Get the best esports updates straight to your inbox!

Back to Top
Close

Your password reset link appears to be invalid or expired.

To use social login you have to agree with the storage and handling of your data by this website. %privacy_policy%